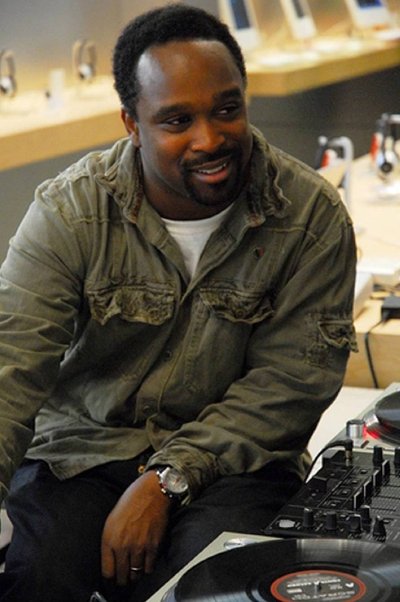 It is not an overstatement to say that DJ Spinna, has been for a while a very important figure in Soulful House music. The long lasting mastery of his oeuvre has earned him enormous international acclaim. And whether it’s Hip Hop or House music, he has always stuck to his gun and remained a Soul music foremost emissary.

Celebrating the release of the collection of his remixes album ‘Sound Beyond The Stars’ –  I managed to get in touch with him and found out his thoughts on the current House music scene.

In all the sounds and music styles you have been exposed to and worked with – which particular style today still gives you the most pleasure and satisfaction?

It’s really hard to answer that. I make music, period and love the creation process for everything that I do – but I think Dance music as a whole is more gratifying because the results translate to the dance floor instantly.

You can produce a track and get it played right away if it’s hot. Unfortunately for new Hip Hop music there is a limit to how far a great record can go. It’s no longer a DJ driven genre.

There’s too much politics and it’s not as supported in club culture as it used to be in the 80s’ through to the early 2000’s. I’m inspired by Dance. I’ve been a club kid since I was a teenager and that culture is what shaped my persona.

A number of people use sales figures as a benchmark to differentiate between the underground and mainstream music channels. In your opinion is there a difference in the music outputs in terms of creativity and imagination between the two channels?

Nowadays there’s not much of a difference because music sales have dropped overall no matter what genre or channel you go through. There have been numerous acts that have blown up and got record deals based on Youtube hits and internet sensationalism.

Artists are now gaining their creative freedom back reaching their fans directly with Bandcamp, Twitter, Soundcloud etc. We can do whatever we want now and not have mainstream channels dictate what is cool. 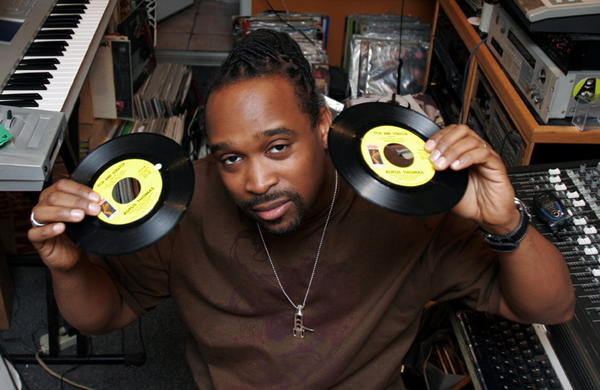 In society being a specialist of something is considered astute. You have been known to genre hop, from Hip Hop to House music. In what way has this kept you relevant and in good stead in an industry that’s highly competitive?

It’s only in the last twenty years that the concept of ‘genre hopping’ has become a thing. I come from an era where DJ’s and producers in black music did a little bit of everything as long as it’s rooted in Soul.

To answer your question directly, maintaining a diverse palate of music keeps things interesting. I get to play all kinds of gigs and not rely on one particular genre to stay busy.

It keeps me evolving as an artist. I enjoy the challenge of tackling multiple genres. At the end of the day, it’s all about good music.

You’ve worked with Shaun Escoffery on very successful projects. What stands out for you about him and his talents?

Shaun is a brilliant songwriter. He writes songs that are true to the heart and relatable. His robust voice stands out amongst many male vocalists. There’s no one out there that sounds like him.

It is said that music and people evolve with the times. In which direction do you think music nowadays is evolving and where do you see yourself in that progression?

We are facing hard times in the world. Populations are being separated between the ‘haves’ and the ‘have-nots’ as world powers seek out global domination. That reality has a dampening effect on the little people of the globe just trying to make it.

This kind of impact will always allow for people to voice their struggles creatively. We will start hearing more “real” music with substance and less about frivolous content that does nothing to move the human race forward.

I’m all about real music, always have been and I’m already there. 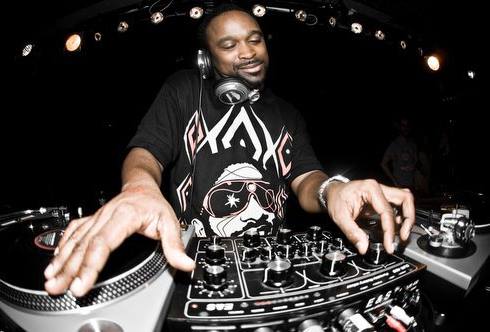 Which artists have impressed you this year (and yes, mention names)?

What do you think of the current South African House music scene?

I think the current South African scene is amazing and something to be celebrated. The first time I visited South Africa over a decade ago I was overwhelmed. The presence of the music on mainstream radio and television completely blew me away.

The thought that House is so big there makes perfect sense. It’s all about that driving communication of drum, rhythm and dance. I wish it could be as big in the United States. It unifies people unlike any other genre.

The club culture in New York specifically has been sold out to developers changing the fabric of nightlife. It’s very difficult to make dance events happen, especially Soulful House music parties. It’s all about the money, less about music.

And for the record, some of my favourite artists there (South Africa) are Black Motion, Culoe De Song, Black Coffee, Liquideep and Sai & Ribatone.

All music is known to come from a single place – emotion. What do you find common between Hip Hop and House music?

The Hip Hop that I love is mentally stimulating on the lyrical side and the musical side. The beats and rhymes have to mean something.

It’s the same with House. There has to be substances there that resonate with the heart – strong melodies, basslines and good songs; even if it’s a raw track with minimal elements you can still feel something.

Both genres encompass rhythm which drives the pulse. It’s how we communicate with each other.

What can we expect in the near future from DJ Spinna?

I’m currently working on a few full lengths, a brand new Jigmastas album scheduled to be released later this year and a new House album with a bunch of talented guests including Shaun Escoffery, Mike City, Angela Johnson and others.