Durban’s most popular nite clubs ‘The Origin’, pumped and oozed as “audio-induced” dancers took to the floor in the promotional film currently being shot in Durban for a new South African Sci-Fi film, Coded.

Coded is co-directed by award-winning Durban-based film-maker Richard Green and Matt Nefdt. Green is well-known for his work on films such as District 9, Spud and more recently with The Long Walk to Freedom with Gavin Humphrey.

“Coded has three different types of revolution” explains Executive Producer, Anthony Stonefield. “A movie story line describing free citizens revolting against consumerist enslavement, the pioneering usage of wrap-around (3D) audio within a feature film and the manner in which the audience will “plug into” the movie—using an internet connection and earphones—and become immersed within its medium.”

“The movie will be brought to audiences where technology first-adopters have already moved: to a private video-on-demand environment on PCs, tablets and smartphones connected to the Internet, in addition to traditional four-wall movie theatres.”

“The story is set in the near future where new subliminal advertising technology has heralded the rise of sinister corporations that carry out mass surveillance on consumers; tracking their every move, collecting, collating and analysing their data explains an upbeat Gavin Humphrey who makes his debut as a scriptwriter on this film. 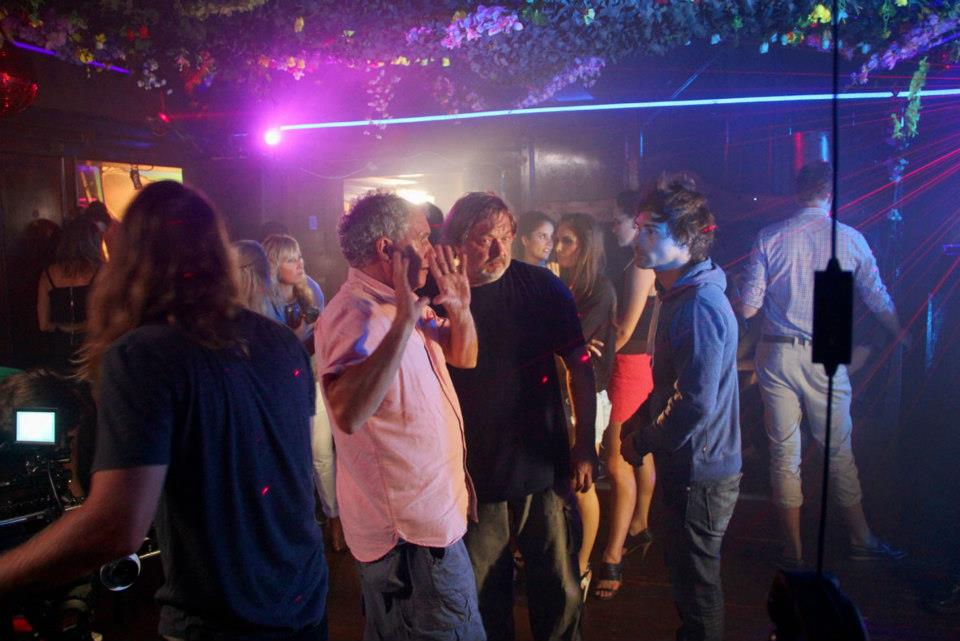 “Subtek, is on the forefront of this commercial revolution, using a secretive pattern recognition technology they have created “The Grid”, a network of key social influencers, bloggers, media personalities and event promoters, all tagged with sub-harmonic technology that allows them to be tracked and ultimately controlled.

Key to Subtek’s master plan is the shifting craze, an underground party scene, where shifters use audio narcotics to achieve altered states. Dayne is a notorious shifter and designer of digital drugs and a key node on the Grid. Plagued by tone deafness and which he feels prevents him from mastering the art of audio design, Dayne isn’t about to be a pawn in anyone’s game.”

“New generations will spend increasing proportions of their lives in ever more immersive, networked and interactive media environments—both seductive and useful.” Says Stonefield. ”This course of human evolution is inevitable. The critical unknown is to what extent our children will become masters or slaves of such artificial reality. Whoever controls the Grid controls reality itself.”

[soundcloud url=”http://api.soundcloud.com/tracks/69819507″ params=”color=ff6600&auto_play=false&show_artwork=true” width=” 100%” height=”166″ iframe=”true” /]
“In the real world, this mass social experiment in neurochemistry has already begun. CODED casts a light on the types of moral and emotional swings and balances that increasingly characterize the live of the internet-worked generation. It is a reflective movie for a modern generation whose reality is already shattered and up for grabs.”

WHAT OTHERS SAY ABOUT CODED:

“Coded is a project we have seen grow from strength to strength over the past few years.” Says Toni Monty, Head of the Durban Film Office. “It is an exciting and innovative new story that is sure to take the SA youth market and the world by storm.

I am very proud that this project has been born in Durban by Durban, and cannot wait to experience it on the big screen.

This new concept of film-making goes hand in hand with the Durban Film Offices objective to establish Durban as a digital innovation hub and will stand testament to the awesome opportunities that new technologies offer to the world of film-making. Congratulations to the creative team for their perseverance in bringing this story to life.”

NB: Coded’s promo reel is being shot in Durban (17 Dec – 23 Dec 2012) at two different locations. Pre-production is scheduled for the second half of 2013 with principal filming taking place around August/September 2013.