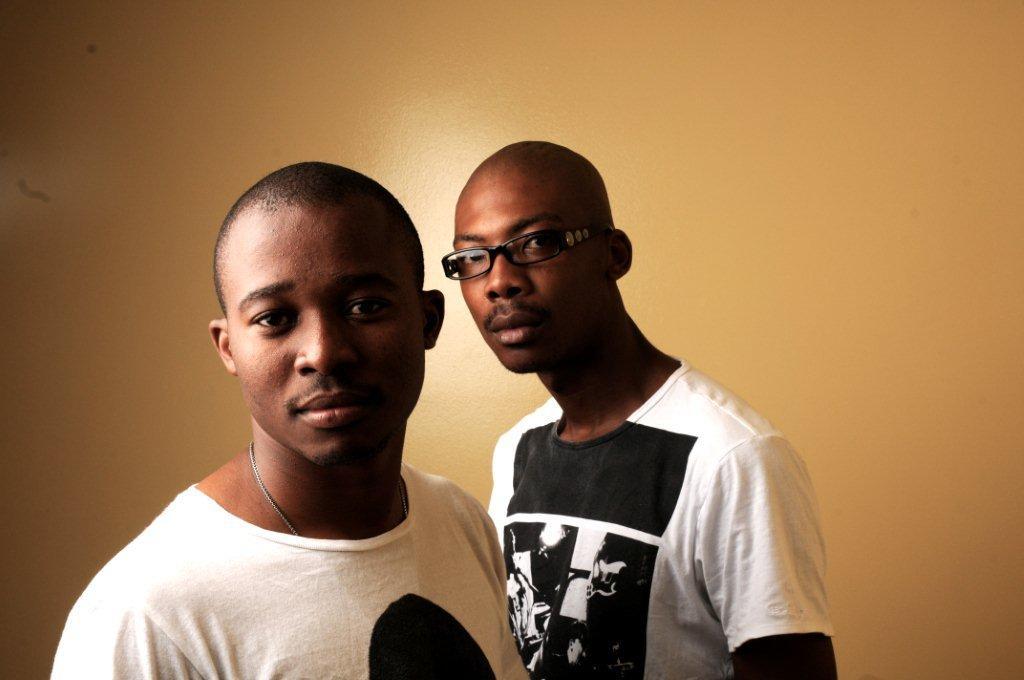 They’ve so far showcased themselves as producers promising new and refreshing sonic goodness. You’d be hard-pressed to find anyone who does it better than Deep Xpressions….

You are both from [arguably] S.A’s Deep House capital; it must have been difficult to escape the Deep rooted affinity Pretoria has with House music.

Who were pivotal and influential in assisting you craft your own sound identity?

Yes, it was a bit difficult; but we followed our hearts at the end. We had a choice back then, but the Soulful-Deep House got us hooked. DJ Malankane and DJ Bubbles were working at record shops around Pretoria at that time.

They introduced the good music to us and most of the DJ’s in Pretoria. DJ Miggs at Foreal Records was also contributed to the shaping of our sound identity.

What has been the best experience in your careers to date?

Well, it will have to be the opportunity we got from BBB Music. They allowed us to compile the music that we believed in. It really opened a lot of doors for us.

What music were you both brought up on? Do you share the same music tastes?

Like most of our peers, we grew up on Kwaito music. All that changed when we got introduced to Soulful House. The love for Kwaito although is still there; but for now if not forever it has taken a back seat.

Not using any ‘industry speak’ – how would you both describe your sound?

Our sound is the sound of good music – simply put. I mean, if we can get self-proclaimed Hip Hop heads to forget about Hip Hop for a while purely because they enjoy the House sets that we play – we must be doing something right.

What value [both of you] do you think you bring to Deep House music followers and the scene itself? In other words why should they listen to your sound?

There is not much that one can do that will have drastic changes to the Deep House scene at the moment; considering the way things are. What we will do and will continue to do; is to act as a medium for providing the masses with quality House music.

In terms of why people should listen to our sound; we believe our music speaks for itself. It’s soulful, educational and easy on the ear.

Whose music productions are you digging right now – South African and International?

In South Africa it will have to be: S-Jam, Trancemicsoul, Da Capo. Internationally we like Charles Webster, Justine Imperial and others.

Whats so specia about their productions?

Their production has never disappointed our ears. They also understand the music industry as not to follow current or whimsical trends.

Have you guys toured outside of South African borders? [If not] where would you most love to tour and perform – why?

Yahh! We’ve been by the sea once [hahaha!] but not over. The opportunity [unfortunately] has not arisen yet.

Where would you most love to tour and perform – why?

Namibia will be a good place to start. Japan would be great too, because their House scene in many respects is similar to ours.

We loved your contributions on the House Afrika Sessions’ and ‘House Afrika Grooves’ releases, can you tell us a bit about the forthcoming projects that you’ve been working on and when are they likely to be released?

Thanks! We are busy working on a project that is a follow up to our current release ”Remedy Grooves”. That should be out early next year. What will be different with this project is that; we’ll be trying out the production side of things, with the help of S-Jam.

Deep House music seems to have come full circle this past year in SA. Do you think it has gone back to its House roots?

We think so – definitely! The fan base has broadened for starters. A lot more people are jamming to Soulful House than before; especially the ladies. The other factor secondly is the level of production; it is more soulful and jazzy which we believe will make the music timeless.If you combine the increasing fan base with the improved level of production, you cannot go wrong, House will live!

Who would you recommend we watch out for this year?

S-Jam, the guy is on point.

Outside of music what have you [both] got planned for the rest of 2012?