A Decade of GOGO Music with Ralf GUM 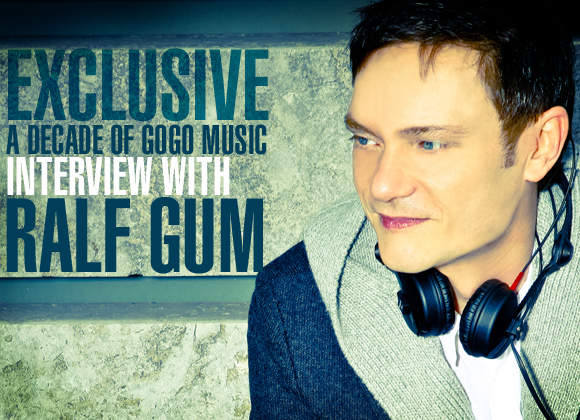 From early millennium German-born production master and DJ Ralf GUM has been at the healm of the urban house music scene. His tuneful melodies, out-the-box approach to production and love of the deeper soulful sound has enabled him to present a timeless catalouge of music releases under the majestic GOGO Music label. It’s offerings like King Clubs “You Were Singing”, “Kissing Strangers” featuring Monique Bingham and “Compilicated” featuring Kafele which have enabled GOGO Music to encapsulate both the local and international airwaves and dance floors time and time again. Projects from the likes of the Raw Artistic Soul (aka Phil Kullmann) to French deep-house-don Rocco and Ralf GUM himself have placed firmly GOGO music as a stronghold house label.

This past May GOGO music released the celebratory remix package of hit title “All This Love For You” commemorating 10 epic years of GOGO. We chat to Ralf GUM about his undying passion for house music, GOGO Music’s forth coming releases and about his humble beingings…

How did you first get in to the music scene?

I already had a specific interest in music as a teenager and started collecting records. I was offered my first “official” DJ gig a few years later at the age of 19 at a local club around 1990. By then I already played early House and Acid House. I got into production through a friend who had a studio and offered me to use it, whenever he was not working.

What was your first production under GOGO Music & which is your latest?

The first record released on GOGO Music was “The way love goes” with Michael Proctor on vocals. It was a collab with another producer, Daniel Klein, and released under DARA Band. The latest has been remixes of “All This Love For You” feat. Diamondancer, which has been one of the signature tracks which have been released on GOGO Music during the last decade.

You have collaborated with many artists on your tracks, who does Ralf enjoy working with in studio?

I mainly work with people I like or have a good relationship, as I think it is much easier to be creative if you have a “vibe” together, too. Monique, Kafele, Carolyn, Inaya and all others you have heard on my records are relaxed and lovely persons.

How do you keep your love and passion for house music alive?

There’s not much to do. It is simply there all the time and I get unhappy, if I am not able to work on music for too long.

What are you playing in your DJ sets at the moment?

I basically play what I’ve always liked to play. It is a mixture of soulful and deep house. I like songs, as I think a message is important. Obviously during the last 5 years more and more South African songs made it into my set, simply as a lot of good music comes from SA and many productions from there are on point now. However I don’t classify music by its origin, good music is good music! 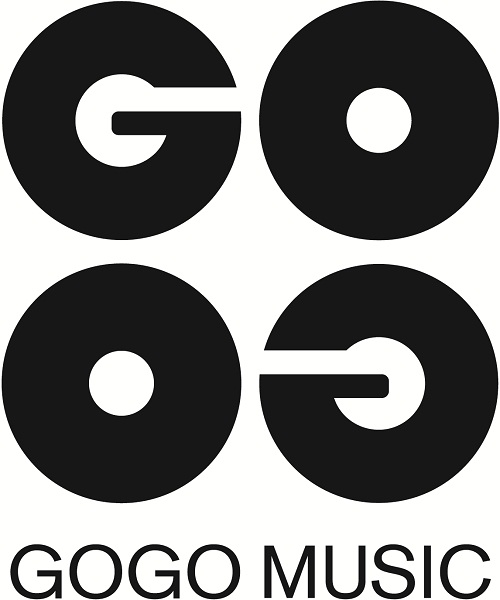 Deep and Soulful house heads can always count on definitive sounds from a label that has been at the healm of the international urban house music scene for a solid decade. It needs no introduction as I am sure all of us have been touched in one way or another by a mighty GOGO pressing.

December 2011 will mark the 10th year of one of the world’s most revered records labels to date.

What is GOGO Music’s biggest record to date?

Sales-wise it was Kissing Strangers with Monique Bingham, but there have been many other tracks like “Raw Artistic Soul feat. Ursula Rucker – The Light” or Complicated, which came close to it and were licensed very well.

Where will GOGO Music be in the next 5 years?

I am steadily working on the labels profile to keep it growing. Musically it will always be a soulful label with its roots being deep house, but my aim is to get this music to a wider audience.

How does GOGO distinguish itself from all the other labels?

First of all the quality of the music should speak for itself. GOGO never aimed to release a large amount of records following ephemeral trends, but kept true to its own sound. It is always cared about an uncompromisingly high production standard from the start until the mastering. The artist is very important to the label, which is reflected by the amount of information given on each individual one with every release. Unlike other successful labels, which tend to sign successful artists, the detection of new talents, introducing and breaking them in the market is a significant part of the label work.

South Africa has definitely been an influence on GOGO Music since Christos brought me to the country the first time some years ago. I found a bunch of great releases, artists and remixers here. Judging from the feedback and reactions coming from SA, I think it is reciprocal, as GOGO Music enjoys great support in the motherland.

Any forthcoming releases we should look out for?

The next two releases will be by South African artists once more. Just about to come out now is “Sax In The City” by the Hood Natives feat. Mac Z,
which will be out with remixes by Raw Artistic Soul and Nastee Nev. It will then be followed by another newcomer called Ree Morris with a song called “Inside of me”.

ON THE GOGO MUSIC RADIO SHOW…

Complementary to the GOGO Music record label, which was founded in 2001 – the GOGO Music radio show was started in 2003. What began as a monthly show transmitted by one internet-radio rapidly became one of the most popular broadcasts within the house community and beyond. Since early 2006 the radio show is done on a weekly basis and is to date aired by more than 30 FM and internet-stations around the globe. The GOGO Music radio show residents are Ralf GUM and Benny Pecoraio (aka Ben Moss) plus few selected guests are presenting hebdomadal nothing but the finest house music in a pure one hour DJ mix. The show is lately constantly found in the Top 3 of the most listened radio-shows on the streaming site play.fm, which reflects its popularity. In the 4th week of July the GOGO Music radio show broadcasted its 300th edition of the show which is mixed by Ralf GUM himself. Check out this exclusive podcast mix containing some of the numerous highlights
of almost 10 years label-work.