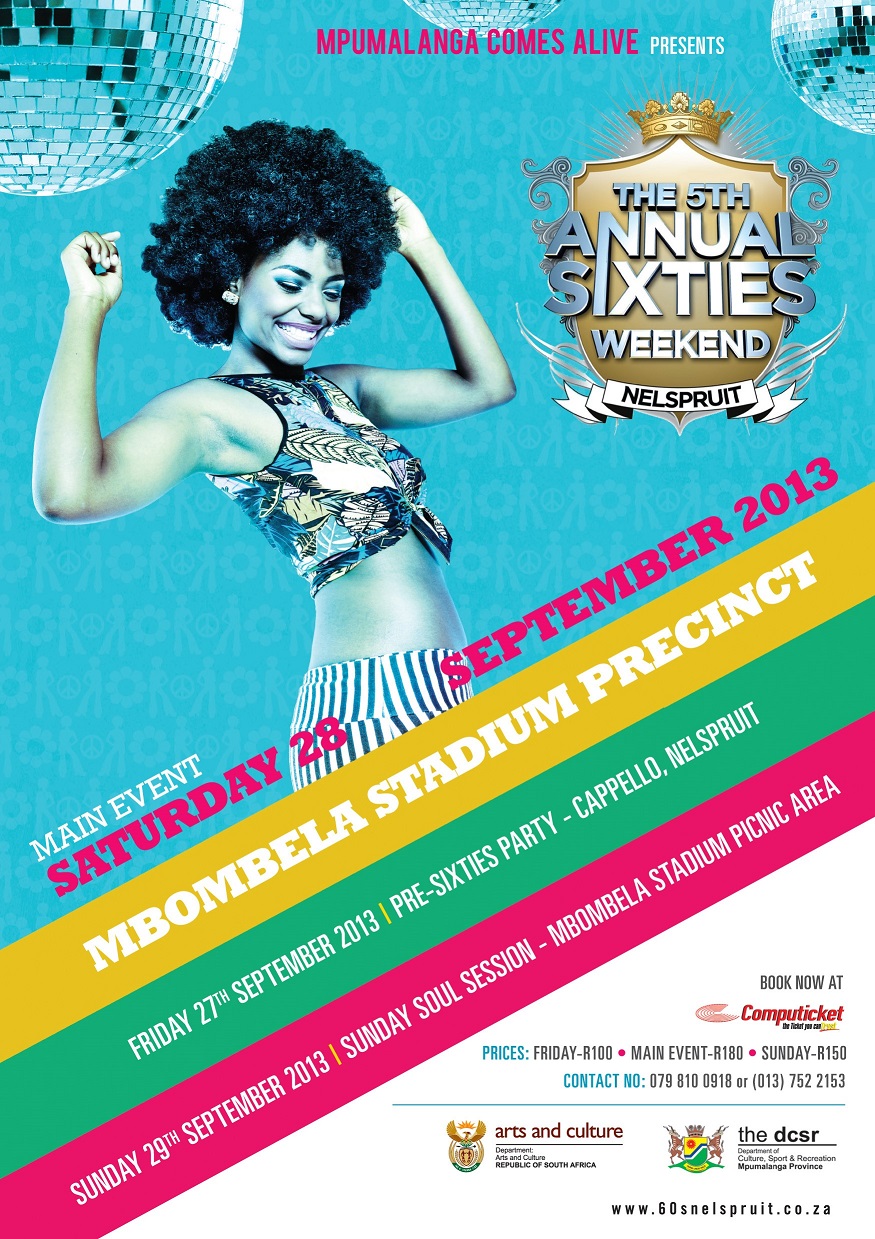 The majestic panoramic views of the Mpumalanga Province will come alive from 26th till the 29th of September 2013 when revellers and tourists alike from all over gather at some of Mpumalanga’s iconic locations.

The 5th installment of MPUCA Annual 60s Weekend” returns with a dazzling weekend of good music, tourism and entertainment and is set to bring a dynamic vibe to Nelspruit yet again.

The event attracts a mélange of ethnicities from across the country and for the past four years this event has played host to a unique melting pot of cultures, coming together for a massive celebration.

“We are quite thrilled at the success the festival has enjoyed over the past four years and this year is going to be even better as we feature the SAMA award Winner KhuliChana and the Musical Legend ‘ZOLA7’ to head our strong line-up of more than 40 Artists,”

Sunday, 29th September 2013 – the weekend winds down at The Mbombela Picnic & Braai area with sultry and soulful sounds at the popular Sunday Soul Session presented by the METRO FM’s Paul Mtirara, Eddie Zondi, Sweetmike and UnkleMdu.

It will also be headlined by top Afro-Jazz Artist like Mafikizolo, The Soil, Jaziel Brothers, Zahara and Ntando supported by local artists Tsepe and many more.

WHERE TO PURCHASE TICKETS:

Tickets are available at Computicket Nationwide and Shoprite Checkers and online as follows:

Because we are such cool people here at Houseon Mag, we’ve secured tickets to give away to a very lucky people to join us partying it up 60’s style:

NB: These tickets are ONLY for entry on Saturday, 28th September 2013 – The main Sixties Party.

Its really simple actually, you’ll need to follow the progress on our FACEBOOK PAGE (Houseonmag) or TWITTER (@Houseonmag) to get all the information on how you can win.