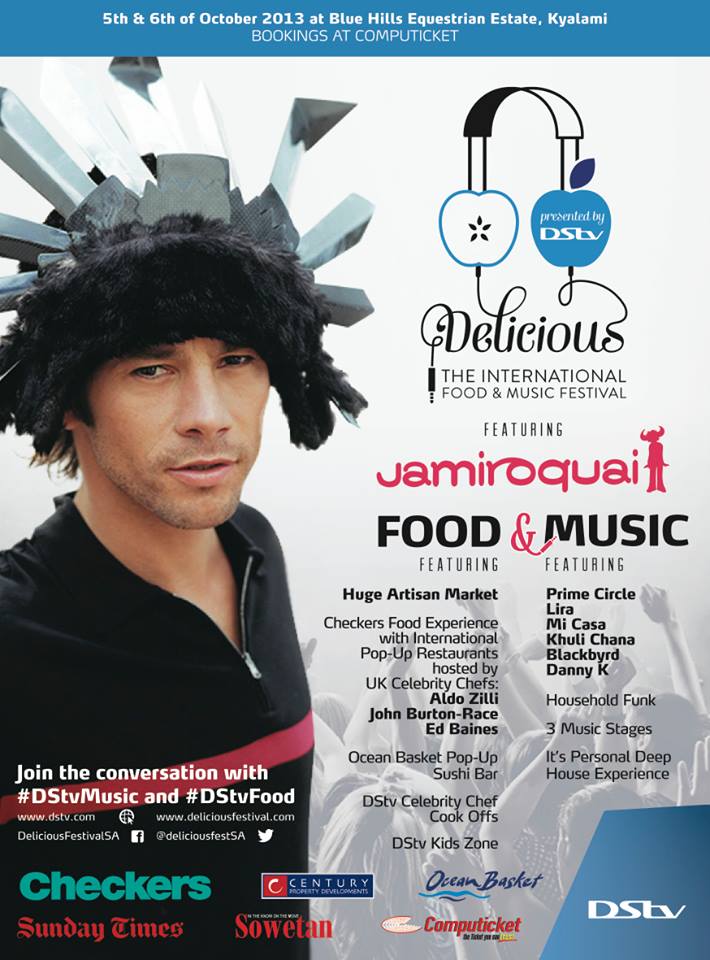 It is Trendy, Fresh, Energetic and – above all – devastatingly Delicious.

After much anticipation the DSTV Delicious International Food & Music Festival is here. The Blue Hills Equestrian Estate, Kyalami will come abuzz on the 5th & 6th October 2013.

And as expected it is ‘packed to the rafters’ with a sumptuous fusion music entertainment and glorious cuisine. It promises to be a mouth-watering culinary fare fashioned with a breath- taking pedigree of bands, DJ’s and music artists that will awaken your sense.

One of the unprecedented exclusive performances from a stellar line-up of exciting and cutting edge artists and bands in this year’s instalment is none other than Jamiroquai. 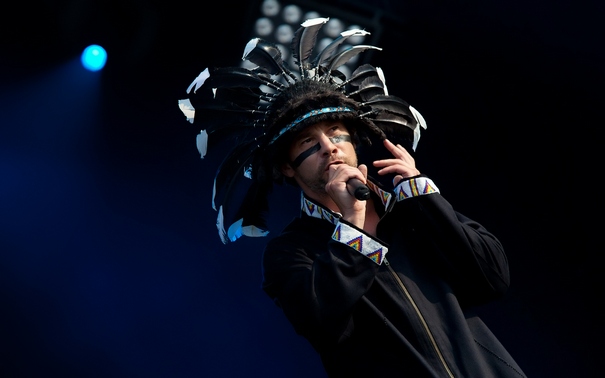 It is Jamiroquai’s sheer joy at the power of ideas and music that has made them one of the greatest live bands around; led by one of the most charismatic figures in ‘Acid Jazz’ and music in general.

In the game and on top of it; Jamiroquai’s performance guarantees an explosively high energy affair.

Other enlisted performances in the festival include:

Lira – She is scorchingly soul-filled. Her energy on stage is unmistakably engaging and carries all the characteristics of an artist who is truly extraordinary.

Danny K – His charm and musical ability has seen him win a new batch of audiences with his brand new album.

Khuli Chana – He brings a different flavour and sound that has steadily propelled him into South Africa’s Hip Hop elites.

BlackByrd – Music with integrity is rare, but when these three vivacious women perform they steal hearts at every opportunity.

Household Funk – Having entertained a wide variety of audiences, they have progressively established their brand in South Africa’s club/dance music industry.

Tickets are available at Computickets for  R380 per day. Children under 12 R100 a day and children under 3 are free.

We’ve managed to secure 2x tickets to give away to a two lucky people to the festival and to see Jamiroquai perform live.

To stand a chance at winning these tickets all you need to do is:

2. In the COMMENTS field below, tell us WHAT IS IT THAT EXCITES YOU ABOUT JAMIROQUAI.