Attracting delegates from across the Sub-Saharan, the South African Music Conference (SAMC) is now in its 9th year. This year’s instalment of the conference will be slightly different, as for the first time it will take place in BOTH Johannesburg and Durban.

The Johannesburg, Gauteng segment of the conference will be held at:

The Durban segment of the conference will be held at:

To register for the conference go to the DJU website or send an email to info@dju.co.za.

Registration at the conference will be R300.

What to expect from the SA Music Conference  2013

With the music industry vastly moving to digital platforms, this year’s main themes at the conferences are:

1. Digital Platforms
2. Stakeholders in the market
3. Global opportunities for music

Industry experts like Oskido, Vinny, Ralf Gum (SA/Germany), Rocco (France), Christos, Greg, Fresh, Chappel and Zinhle are some of the respected industry who will speak on these issues and various other relevant and vital subjects.

“If one looks at the SAMC track record since day one years ago; one can see that we really have made strides in the game. In the beginning young people came to the conference mainly because of ‘curiosity’ and simply also because they were ‘fascinated’ by the DJ and the ‘music production’ thing. That led to most of them getting into the game – becoming DJs and producers. A lot of them were like ‘Vinny, I’m a DJ so how do I become like you?

Those were the kinds of questions we were getting and they didn’t know or think that it can be a career at the same time. So over the years we tried to lead them in the right direction using our own experiences.

Now that all that is done, it’s now time for them to take it to the next level hence we are now talking about opportunities that are out there using your music as a tool especially as a young producer/musician.

The one thing that I also think is most important as well is for the youngsters to treat the game as a job – just like any 9 to 5. I believe that once that happens, they will become business minded because the industry today is all about business and professionalism. Basically one should try and know the game, know his/her strengths and focus on that and in the end do the best that they can”. 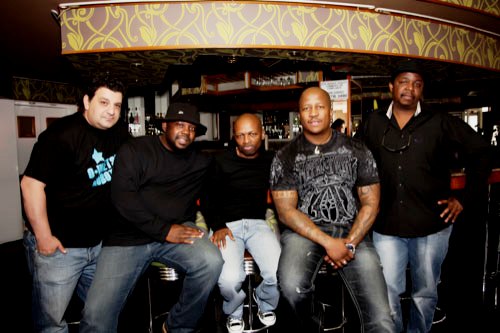 Mother of All Parties

Naturally, there will be various music parties that will take place alongside the conference with the main one being the ‘Mother of All Parties’ presented by DJU and Channel O.

The event presents Live performances by:

Tickets are available at: Computicket, Shoprite and Checkers Hyper for R190. VIP Tickets are R500 and R250 at the gate.