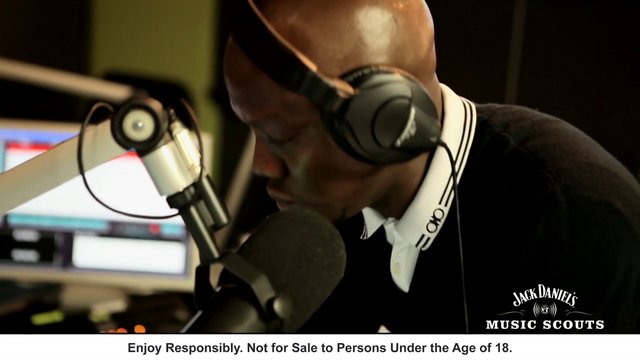 When Hip Hop coalesced into an actual movement in the mid- 90’s, it was a breeding ground for young, flippant MC’s who embraced anti-corporate philosophies, grubby basement beats and twisted wordplay.

The raw and brilliant titles of the time inspired hundreds of Hip Hop heads to do it for themselves. Although the do-it-yourself ethic or perhaps the ‘Hustler til the day I fall’ attitude still stands; Hip Hop has evolved into far more complex beast.

The branches have twisted, split and sprouted new shoots and by now it’s pretty much engraved in everyone’s head in South Africa that Hip Hop is now rollin’ in a Bougati.

And it’s always been known internationally that South African Hip Hop is a hotbed of overlooked creativity and inventiveness in the genre. In today’s digital age it is quietly making a formidable contribution into the music world.

It’s as if South African Hip Hop was a like that kid that got picked on at school as a child and has now turned out to be a supermodel.

Much like TBO-Touch has had to pay his dues in the Hip Hop circles to become one of the leading proponents of the genre in South Africa. He’s now on a mission countrywide to search for the next musician, vocalist, DJ or anyone for that matter with musical flair; whether you are signed or unsigned musician it really doesn’t matter.

Visit the JACK DANIEL’S MUSIC SCOUTS website either from your PC or mobile. You will be asked to fill in your details and upload your track or song. It’s as simple as that!

HOW WILL THE WINNERS BE CHOSEN?

The scouts will listen to your track and the community will vote for the tracks that they like. A short list of 12 artists will be drawn up. These artists will be invited to perform their song/track in front of an audience.

You’ll need to follow the progress on FACEBOOK (Jack danielsSA) or the hashtag (#Jackscouts) to get all the information about the venues and when the performances will be held.

WHAT ARE THE PRIZES TO BE WON?

The winning artist, as selected by the Jack Daniel’s Music Scouts will:

1. Get exposure through the Jack Daniel’s Music Scouts campaign

2. Win a trip to the US to discover the history of Hip Hop and House Music.