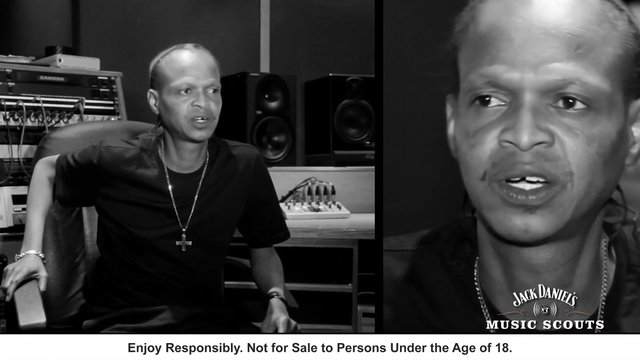 Although rife with plenty of widespread interpretations and representations; one element that certainly permeates all the debates however is that Kwaito is truly and indigenously South African.

Attempt to pin down the origins of the term Kwaito have been somewhat elusive. Some saying that it means ‘being cool’ while others saying it means ‘angry’ citing reference to the Afrikaans word ‘kwaai’. The older generation on the other hand simply relegate the origins of the term as one that was gleaned from a name of a legendary Soweto gang of the nineteen fifties (1950’s) – the Amakwaitos.

Whichever way you look at it; Kwaito with its fusion of an array of sound elements gave a lot of South Africans a platform and a voice to affirm their existence, their Africaness and as people with something valuable to offer not only in South Africa but the entire world.

Mandla Spikiri is one of these people. His contribution into the South African music industry sprouted simply out of the vigour and passion that Kwaito symbolises.

His life has been full of twists and turns and to this day he still has something to say. He has an unquenchable desire to continually re invent his sound, his image in an unending quest for success.

Even in the advent of Kwaito 2.0 emerging through the fissures of Durban’s concrete Mandla Spikiri ‘akapheli umoya’ [never gives up] and his voice still holds sway.

He’s now on a mission countrywide to search for the next musician, vocalist, DJ or anyone for that matter with musical flair; whether you are signed or unsigned musician it really doesn’t matter.

Visit the JACK DANIEL’S MUSIC SCOUTS website either from your PC or mobile. You will be asked to fill in your details and upload your track or song. It’s as simple as that!

HOW WILL THE WINNERS BE CHOSEN:

The scouts will listen to your track and the community will vote for the tracks that they like. A short list of 12 artists will be drawn up. These artists will be invited to perform their song/track in front of an audience.

WHAT ARE THE PRIZES TO BE WON?

The winning artist, as selected by the Jack Daniel’s Music Scouts will:

1. Get exposure through the Jack Daniel’s Music Scouts campaign

2. Win a trip to the US to discover the history of Hip Hop and House Music.