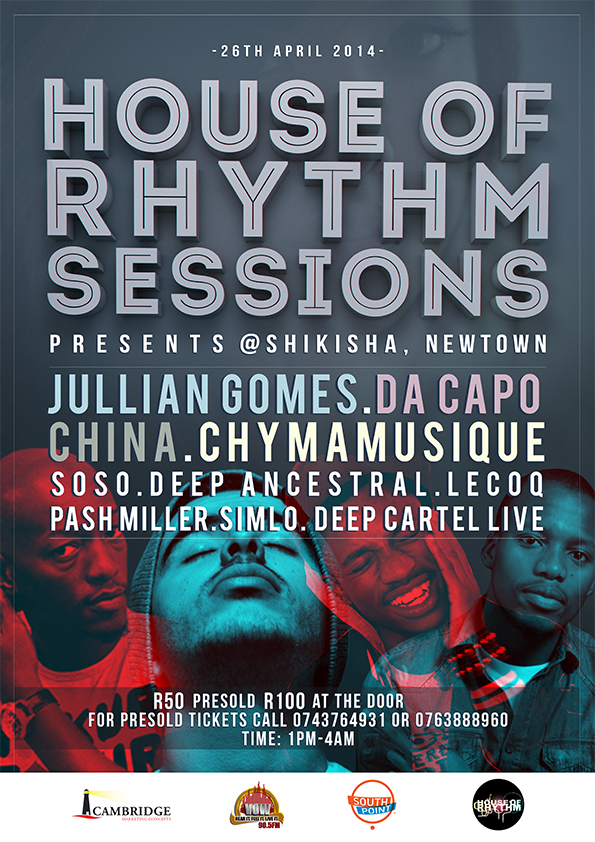 26 April 2014 marks the return of the House of Rhythm Sessions. Back by popular demand after a yearlong sabbatical, the event series forms an extension of the weekly House of Rhythm radio show hosted by resident DJs and event curators DJ Soso and Deep Ancestral.

DJ Soso of House of Rhythm say’s, “The aim of the radio show has always been to extend it into an events series, spotting different themes to suit the various seasons while showcasing the quality of music played on the show, in a live environment setting for the music enthusiasts.”

The monthly sessions took off in the August of 2012, hosted religiously through till March 2013 billing in some of the freshest practitioners of SA’s urban house scene. The sessions have seen the likes of Da Capo, Funkdeepstar and Darque showcasing their vast selection in musical tastes and curatorial skills.

Be sure to tune into the House of Rhythm Radio Show on Voice of Wits 90.5FM every Sunday 6 to 9pm.