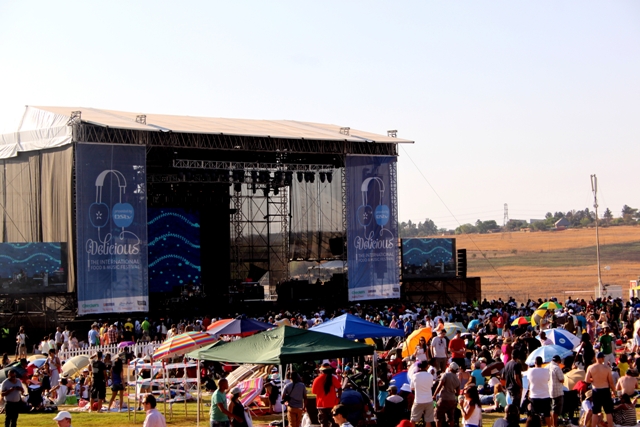 Yup, summer is finally here and what a cornucopia of excitement it unravels. Everything has kicked into gear, blossoming into life after a near-hibernation through the winter months and all around things are beginning to happen whetting our anticipation of things to come.

As the nights slowly get a little lighter and the cool kids crazily post and update plans of summer shenanigans it can only mean one thing — its festival season once again!

This summer the bar has definitely been raised and setting things off was the ‘Delicious Food and Music showcase at the Blue Hills Country Estate in Kyalami, Johannesburg – a festival where food and music created a memorable synergy.

From gourmet three course meals prepared by renowned international chefs Ed Baines, John Burton Race and Eldo Zilli, to a food market that offered a mind boggling display of foods and tropical liquids the festival was a food and musical extravaganza that was out of this world, a journey into awesomeness.

Arriving at the country estate I was met by a sea of traffic; but this traffic was different kind of traffic. It was sea of fellow festival fans with joyous grins engraved on their faces as their bodies attempted to contain the bubbling exhilaration of experiencing performances by Jamiroquai. 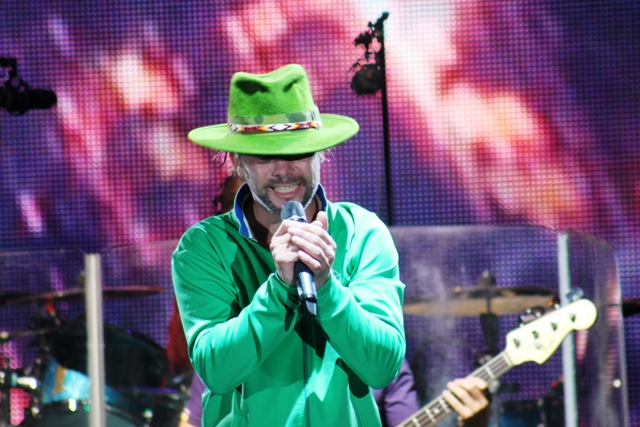 The iconic Disco/Funk band had the audience in the palm of their hands, with each tune they played the audience sang along, by then I realised that JKay was not only singing for the people but the people where singing with JKay.

Clothed in his signature Addidas sweater and sneakers, he moved across the stage in bursts of dance moves that had the crowd roaring in delight. Jamiroquai showed some love with a big L, made it look easy to control the pressure, had cosmic girls hypnotised and in those moments I knew that this corner of the earth was smiling with us.

Here’s to that freaken’ perfect summer! Peace, Love and House On…

Editors Sidenote: Congratulations once again to our ticket winners, Karen Van Heerden and Tsholo ‘T-solo’ Ramadikela, we hope you had a blast! Also, check out our spanking new Instagram Page for more scenes and moments.