A carefully curated line-up designed to represent a cross section of past, present and forward-facing electronic music brought together a broad spectrum of home-grown South African stars and their global contemporaries.

The first day showcased a sophisticated range of House, Techno and Minimal Electronica. The opening set duties were laid trustingly in the hands of Cape Town DJ, Douglas Ølsson who aided the transition of the steadily building crowd from the final fragments of their workweek into the sweet surrender of the weekend.

The Terrace dancefloor provided the perfect setting for Audiojerk, Kanan K7 and Patrick Kunkel to bid the sun adieu. At the center of the Cape Town City Hall is a breathtaking Auditorium, an architectural spectacle enhanced by an arsenal of stage lights and screens.

Bryan Travis and Metro Ticket set the pace for Vienna’s HVOB, who once again entranced the burgeoning crowd. Kyle Watson had the Terrace at full capacity as he wrapped up the stage for the night. Deep in the belly of the beast hometown duo Fogshow primed the dancefloor for Berlin’s Anja Schneider. 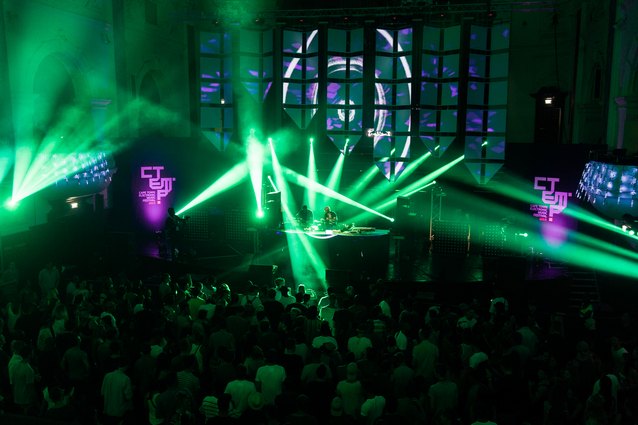 A palpable energy filled the venue as the pulsating dancefloor in The Auditorium reached fever pitch. Techno titan Loco Dice took the revelers on a deep, dark journey with no end in sight.

Closing duties were assigned to Maelstrom – whose lethal set exhibited exactly why he’s considered a leader of France’s new wave of Techno.

The festival was greeted by a breathless sky, perfectly suiting the outside Terrace stage. Kimon kicked off proceedings followed by dramatic beat wizardry from Watermark High. The highly anticipated performance by Thor Rixon exceeded expectations with live performances from MC duo, as well as Amy Ayanda and Push Push.

Gqom Romance producer, Jumping Back Slash then took control on a now packed dancefloor. Although playing to an audience largely unfamiliar with his sound, his set garnered a wholly positive reaction. By the time Christian Tiger School took the stage a serious crowd had filled the Terrace for their hefty sundown set. 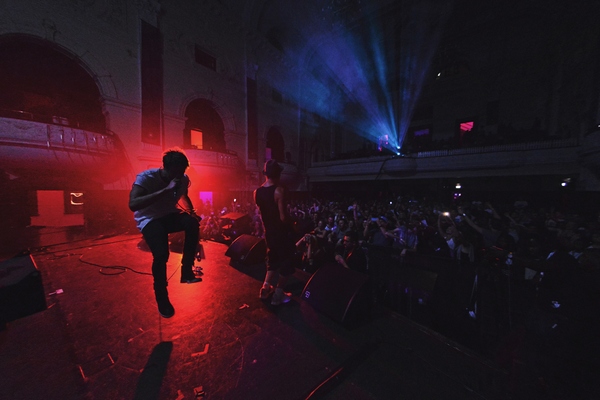 The crossover between the Terrace and Auditorium witnessed Fletcher In Dub and Munnibrutherz going head to head with responsive crowds on each floor.

Shortly after John Wizards started inside, Pretoria House pioneer DJ Spoko and his partner-in-crime DJ Mujava took the Terrace on a journey through our rich local House history.

The momentum of the Terrace stage was sustained by the wealth of experience brought by a back-to-back set from Johannesburg’s Digital Rockit and Cape Town’s Killer Robot.

Long-serving hometown Hip Hop collective Ill Skillz provided a roof-raising introduction to US beat-specialist Mr Carmack – who crafted an enthralling set comprised entirely of his own productions and remixes. British producer Slugabed then took the crowd on a tour of UK bass reaching into the overlapping territories of Dubstep, Glitch Hop and beyond.

Local legends P.H.Fat followed with a stand-out performance which had the crowd on puppet strings. Portugese talent Branko delivered a slick performance which enticed revellers back indoors for Cape Town’s Lazersharkk and their leading lady EJ von Lyrik who laid a solid foundation for the serrated sounds of Counterstrike.

The heavyweight House line up amply catered for the Terrace stage, which hit maximum capacity as soon as the doors opened. The combination of Leeu, Xee, Lazarus Man and Charles Webster transported the eager dancefloor from the afternoon heat into the evening. The warm grooves, soul-drenched vocals and Jazz nuances set the perfect tone for Private Life. 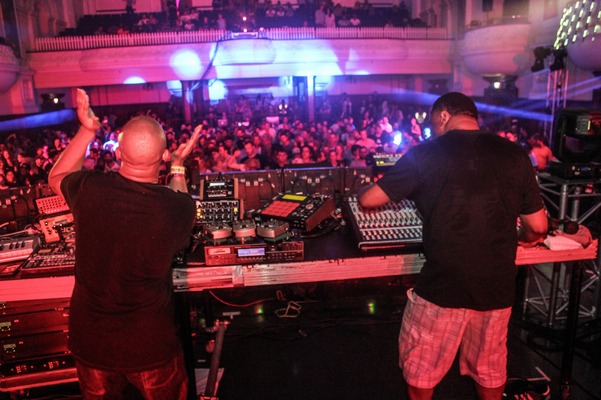 Treating the crowd to a prime selection of his own productions Ryan Murgatroyd provided the opening set in the Auditorium alongside sublime songbird Nonku Phiri. The overlap of the stages witnessed Burn To Tape and Sound Language closing the Terrace while inside Felix Laband presented an illuminating, multi-layered lead up to British headliner Four Tet.

Living up to his reputation as an electronic music innovator, Four Tet dominated from the outset – garnering the biggest crowd reaction of the weekend.

The Burden brothers who make up the duo witnessed the birth of the genre in Detroit; closed the festival with a high-octane live set performed on their extensive analog arrangement.